Average life expectancy in Europe in the beginning of the 20th century was around 50 years. By the middle of the 20th century it was around 70 years. Today it is around 80 years and increasing. As a matter of fact, the fastest growing age group today is the 80+ age group. This means, today we have around 30 years longer to manage all that our great-grand parents managed to do within 50 years. Our children will have up to 90 or even 100 years, which is almost double the amount of time.

The emergence of new life stages

No wonder we need new models to classify life today. Just like the concept of “childhood” was developed in the 17th and 18th centuries, children until then being perceived as “young adults” and as a vital part of the work force, the past century has seen the emergence of up to 3 new stages. In the beginning of the 1900s, the concept of “adolescence” or “teenagers” was developed  by G. Stanley Hall as a “time of disturbance and psychological confusion”. Erik Eriksson and Anna Freud further evolved the definitions of this stage in the 1950s.

Up till quite recently, most studies of human life stages have stuck with these categories: infancy, childhood, adolescence, adulthood and old-age.  Adulthood being described as a longish span between 20-60 years and old-age was anything that came after that. Some theories did break down adulthood into the 20s, 30s, 40s and 50s, but old-age has still been pretty much lumped together in one longish stage until end-of-life. In today’s world a 60 or 70-year-old is no longer a frail, dependent elder. Today’s 60-year-old still has another 20-30 years to look forward to and this long stage does not do justification to reality any more. Thus emerged a classification into the “young old” (60-85) and the “old old”or “oldest old” (85+). Some gerontologists also added the “middle old” stage (75-85). But there is no general consensus on this division yet.

Another phenomena that has been observed as a result of this extension of human lifespan is the fact that young adults are ever more hesitant in taking on responsibilities and in committing themselves too soon. These young adults prefer to take their own time in choosing from the sea of possibilities in front of them. Different vocations are tried out, job changes are frequent, marriage commitments are postponed and children come much later. This phenomena resulted in the creation of yet another stage (by Jeffrey Arnett in the year 2000) the “emerging adults” that spans from adolescence till adulthood.

When I was a child/teenager, I would come home from school, finish my homework and rush out to be with my friends. I would come back home at the onset of darkness, have dinner and maybe watch a TV program or two on one of the few TV channels, before surrendering myself to bed. Most of the time was spent outside of the house or with friends, or maybe even just ‘getting bored’ at home. 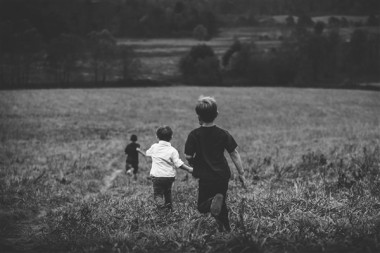 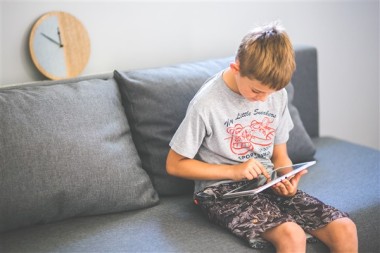 Child sitting on sofa with tablet

Compare that to a typical day of today’s children/teenagers. With access to unlimited digital entertainment, be it via TV, streaming, tablets, smartphones or other digital medium, the children today seldom have the opportunity to “get bored”. Social interaction is often via apps and “alone time” is something they look forward to. Just last week, when we wanted to go out to see the new blockbuster “Dr Strange”, my friend’s 10 year old son preferred to stay home with his tablet. What a change! Or compare my childhood/teenage years to those of my mother or grandmother. The expectations on these Blobs really have changed over time!

A similar and major change can also be seen in the emerging/young-adult Blobs. Thirty years ago, in my young days, if you were not married, hadn’t moved out of house and didn’t have a fixed job by the late 20s,  you were considered to be rather late. Having the first child after 30 was considered extremely late and medically irresponsible. 30 years before that, in my mother’s generation, the appropriate age was the mid-20s and 30 years before that, in my grandmother’s generation, it was the early-20s or even earlier. Compare that to today! Now you see more and more young adults living carefree, single lives up in to their mid/late 30s. Today’s challenging job-market doesn’t make it easier for them and settling down is readily postponed. Read more on this in the emerging and young adult Blobs. 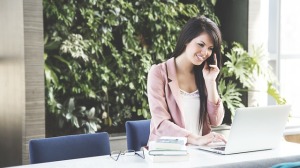 Such age-based changes in expectations can not only be observed in the other Blobs, but also on gender roles within the different Blobs. Whereas 30 or 60 years ago (my mother and grandmother’s generation) it was the norm that a mother stayed at home to cater for the children and household, while the father had to ‘earn the bread’, this setup is increasingly not sustainable or expected any more. Be it due to economic reasons, or due to self-fulfillment reasons, mothers of today are increasingly going back to the work-force, after a short baby-break, and are expecting fathers to take on their part of the household chores. Though it is still an exception to see stay-at-home fathers, the trend is evolving and the stigma that went with it up till a few years ago is diminishing.

Besides age and gender based changes, family institutions and work-environment based changes are also developing at a fast pace. Divorces, single or single-parent households and same-gender households are on the rise, as the stigmas associated to them in the past generations are dissolving. On work-side, project based contracts, teleworking and consultants are on the rise. Being employed by the same company for long periods of 20 years or more, as was the norm before, is now the exception. Additionally, in many countries the typical retirement age of 65 years is being questioned, as financing the prolonged old-age stages is getting to be challenging.

Is all change good?

What do you think? Would be great if you would share your thoughts!

2 thoughts on “Life changes over time”

Follow Life Stages in Blobs of Six on WordPress.com